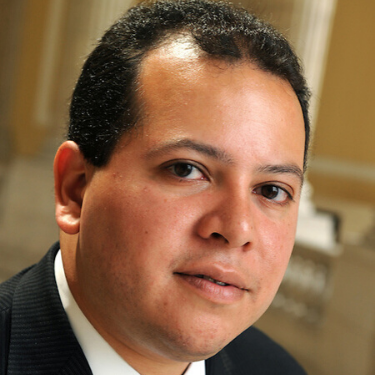 Dean Aguillen joined Ogilvy Government Relations, one of Washington’s most successful bipartisan government relations firms, in 2007 as a senior vice president and currently provides counsel to some of the top corporations in the United States on government relations and political strategy. As a native Texan and someone who has worked for many years in the California delegation, he is keenly alert to the issues in Southwest and West.

Named one of the 100 Most Influential Hispanics in the United States in 2007 by Hispanic Business magazine, Aguillen previously served as a senior advisor and Director of Member Services in the Office of Speaker Nancy Pelosi. In this role Aguillen was one of the Speaker’s primary advisors on matters pertaining to members of Congress and played a key role in the formulation of the Speaker’s agenda. As a Member of the Speakers staff, he worked closely with many governments in Latin America and traveled extensively throughout the region. Aguillen joined Congresswoman Pelosi’s staff in 2002 after her election to House Democratic leadership as Democratic Whip. During this time he served as a liaison to Democratic members and their staffs and advised them on legislative strategy, parliamentary procedures and floor scheduling.

Besides his work in Congress, numerous campaigns and various political and governmental organizations, Aguillen had the privilege of working for the Clinton Administration. On July 5, 1999, President Clinton appointed Aguillen to the position of Special Assistant in the Office of Congressional and Intergovernmental Affairs at the U.S. Department of Labor and later promoted to Director of Intergovernmental Affairs and Chief of Staff for Congressional Affairs. In these various capacities at the Department, Aguillen reviewed and analyzed significant congressional and executive administration proposals and issues pertaining to or affecting the nation’s workforce. In addition, he served as a liaison between the Department and the Congressional Hispanic Caucus and intergovernmental organizations including the U.S. Conference of Mayors and the National Conference of State Legislators.

Aguillen is frequently cited as a government relations expert in publications such as, The Wall Street Journal, Politico, Roll Call and The Hill. He currently serves as Chairman of the Board for Avance, Inc., a national non-profit organization based in San Antonio, Texas focusing on early childhood education and is a board member of the Congressional Hispanic Caucus Institute, Inc.