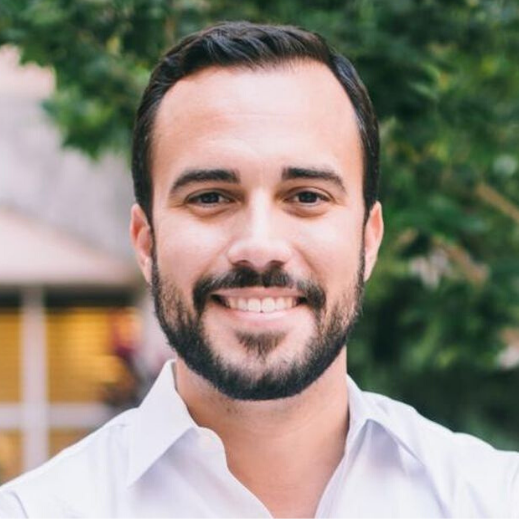 Felice Gorordo is a serial entrepreneur, advisor and organizer. Currently, Felice is CEO of eMerge Americas, LLC, a venture-backed platform focused on transforming Miami into the tech hub of the Americas and organizing the largest tech event connecting the Americas held annually at the Miami Beach Convention Center.  In 2019, eMerge’s sixth annual conference attracted more than 16,000 attendees and 3,900 unique companies from over 40 countries.

Additionally, Felice co-founded and leads Roots of Hope, Inc., (Raíces de Esperanza), a national non-profit focused on youth empowerment in Cuba through technology and entrepreneurship. He worked on the re-establishment of U.S.-Cuba diplomatic ties, and served as advisor to Grammy-winner Juanes to help organize the historic “Peace without Borders” (Paz Sin Fronteras) concert in Cuba, which resulted in 1.2 million in attendance.

After losing his mom to pancreatic cancer and Vice President Joe Biden’s call for a “moonshot to cure cancer,” Felice served as advisor to the Biden Cancer Initiative, helping organize and mobilize support from stakeholders in the cancer space – including industry leaders, patients, caregivers, advocates, community organizers and research professionals. In 2018, he led the organizing of more than 450 Biden Cancer Community Summits across the U.S. to focus national attention on the urgency of now to create actionable solutions in the fight against cancer.

Previously, Felice was President & CEO of Clearpath, Inc., (acquired by L1BRE, LLC), a venture-backed tech company focused on revolutionizing the confusing, costly and paper-based immigration filing process – just as TurboTax transformed tax filing. At Clearpath, Felice leveraged patented-technology to empower immigrants and democratize the immigration process by making it easier, more affordable and secure for individuals to file their own applications. Following the acquisition of Clearpath, Felice served as CEO of L1BRE, a tech company that aims to transform urban mobility in Latin America and powered the largest taxi fleet in the world, with more than 138,000 cabs in circulation and 2.2 million daily riders in Mexico City.

Prior to that, Felice was appointed by President Barack Obama as one of fifteen 2011-2012 White House Fellows and worked on Latino, immigration and business outreach in the White House Office of Public Engagement and Intergovernmental Affairs.

PODER Magazine has named Felice one of the “100 Poderosos” Most Influential Hispanics in the U.S., and he has been featured on CNN’s “Young People Who Rock.” He has appeared as a guest commentator on CNN, CNN en Español, BBC, NPR, CNBC, NBC Nightly News, Univision, and Telemundo. Felice’s views and articles have also been published in Forbes, The Economist, The Washington Post, The New York Times, The Miami Herald and el Nuevo Herald.

Felice currently serves on the boards of several national and community-based nonprofits, and previously served as a Term Member of the Council on Foreign Relations and Senior Fellow at the Georgetown University Beeck Center for Social Impact & Innovation. He is a graduate of Georgetown and serves on the Biden for President National Finance Committee.